Moving Stats: Here Are Some Of The Top Cities To Move To In South Carolina 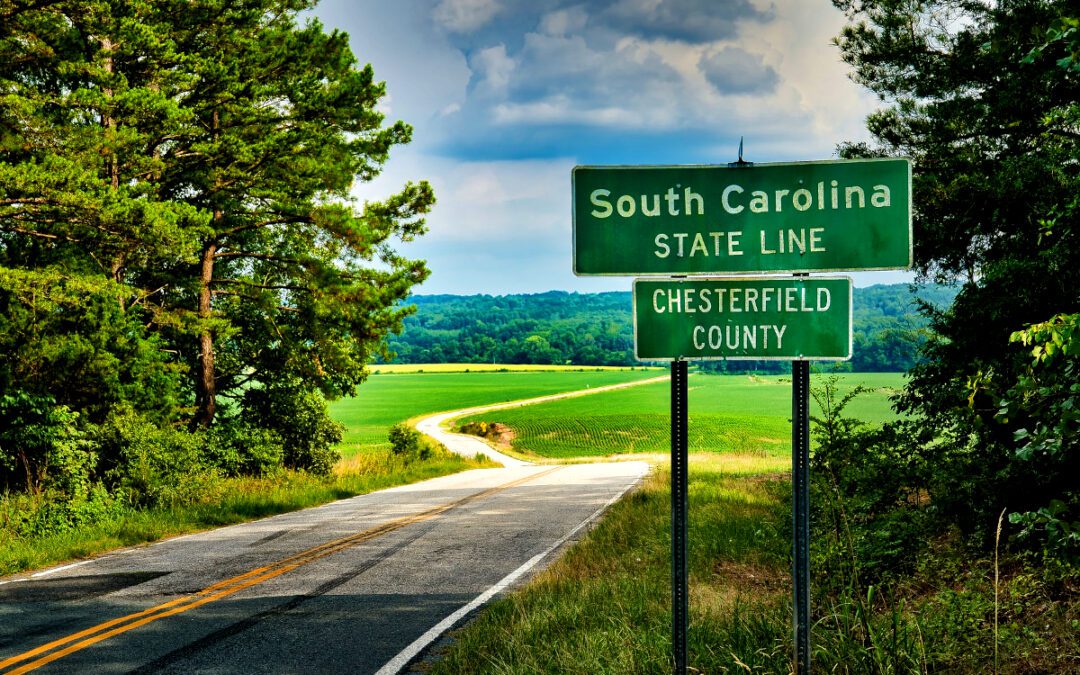 Although major travel plans were hindered throughout the global pandemic, an estimated 16 million Americans have relocated. So where are people moving to exactly? The top two states were Idaho, seeing a 70% increase, followed by 64% moving to South Carolina.

Curious why so many have decided to move to South Carolina? We did the research, so you don’t have to. We’ll look into the great state of South Carolina and give you all the details on exactly what this sweet southern state has to offer.

Looking at South Carolina’s moving stats, it may be surprising to some to see how the state ranks. When asked to picture our dream city and state, some may think of New York or California. We may think of metropolitan cities with sidewalks filled with visitors – cities with large skylines and skyscrapers.

But for others, the quaint South Carolina cities, warm breeze, and green landscapes paint an image of pure bliss. This makes sense when we look at the biggest demographic of people who moved to the state. Of that 64%, 35% of people moving to South Carolina are retirees aged 65 or older. So what’s drawn so many retirees?

Like Florida and other southern states, South Carolina offers the perfect year-round temperatures. With an average annual temperature of a sunny 62°F, you can officially ditch those puffers and down coats and swap them out for short sleeves and sundresses.

And if beautiful scenery and weather weren’t already enough, South Carolina is extremely tax-friendly for retirees. Not only are they one of the 36 other U.S. states that do not tax social security, but they also offer deductions ranging anywhere from $3,000 to $15,000 dollars for retirees.

On top of the tax bonuses, South Carolina is one of the more affordable options for living. The everyday cost of living is nearly 7% lower than anywhere else in the U.S.

The retirement community isn’t the only population that’s grown. The other half of that 64% moved in part to the pandemic. Outside of financial needs, the pandemic made our nation look at the necessity to be closer to family. As well as distance ourselves from populated areas for health and safety concerns.

According to the Georgetown University Center of Education and the Workforce, at least 23 million were left unemployed during May of last year. Making South Carolina’s lower cost of living look very appealing to a large part of the population. 26% of that population moved for greater job opportunities as well.

The top three metropolitan areas in South Carolina are Greenville, Columbia, and the Myrtle Beach-Newberry regions. From bustling cities and cozy neighborhoods to beach town resorts and busy summer atmospheres. There is something for everyone in South Carolina. If you’re already a step ahead and getting ready for a move, click here to get a free quote today!

Ranked number 75 on the list of best places to live: Myrtle Beach. If an upbeat tourist atmosphere sounds like you, you’ll love Myrtle Beach. Millions of travelers from all over the world come to Myrtle Beach each year, ensuring you’ll have many new faces to meet all the time.

With over 60 miles of sandy beaches and a pier full of shops and amusement for the family, we can see why!

Not only is the area super family-friendly, but it’s also great for younger generations too! With 1800 bars and restaurants, you’ll never run out of new places to try.

Between the nightlife, an abundance of tourist attractions, and spending days at the beach, you’ll be hard pressed to run out of things to do!

Coming in as the 45th best place to live: Charleston. A beautiful city with cobblestone roads filled with history awaits! Much like Myrtle Beach, Charleston is also a very popular vacation destination.

Most travelers come for the history of the town itself. Founded in 1670, it is the oldest and largest city in all of South Carolina. The popular attractions are mostly in the form of historic homes and plantations, as well as national monuments dating back to the civil war era.

Although it is the largest city in all of South Carolina, you won’t be overwhelmed by garish skyscrapers as the city itself has kept its historical value and old southern charm.

There is no better way to feel transported in time than by going to Charleston. Considering the state’s overall lower costs of living, families love the area as it offers a metropolitan living experience with idyllic neighborhoods, at a fraction of the price elsewhere.

If the busy tourist lifestyle or major overly packed city isn’t for you, you may want to consider the city of Greenville. It may not be the most known city, but Greenville was ranked as the 22nd best place to live. The suburban atmosphere with an upscale downtown has been drawing thousands of transplants each year.

The downtown is ever-growing, and residents and tourists alike rave about the destination. Between the shops and restaurants, you will always have things to do. Every year the residents take to the streets to enjoy festivals, fairs, and concerts.

It isn’t a coastal beach town, but you will rarely feel temperatures drop below 50°F. This makes the town a perfect opportunity to get out there and enjoy the great outdoors! Greenville has beautiful parks and nature trails, with a must-see 40-foot natural waterfall located in Falls Park.

Planning A Move To South Carolina?

Are you ready to move to South Carolina? From soaking up the sun and venturing in the great outdoors to exploring the historic wonders of the south, there is something for everybody in South Carolina.

Whether you’re moving locally or across the country, we can help!

Let the Smooth Move take care of the heavy lifting, so you and your family can focus on what matters most: each other. From junk removal to commercial and residential moves, we do it all!

To Our Valued Customers,

We wanted to take this opportunity to thank you for business and continued support. We are open during this challenging time and will be responding to your inquires.

We take your health and safety, along with the health and safety of our team, extremely seriously. Your well-being is our top priority at Smooth Move. We understand the concern about the Coronavirus (COVID-19) and are committed to being both responsive and responsible to our customers and staff.

We understand the concern and uncertainty you may be experiencing and wanted to let you know we are here for you when you need us. We are open for business.

We are following recommendations from the US Centers for Disease Control and Prevention and are taking extra safety measures and precautions for all our employees. These include:

For additional information about COVID-19, visit the U.S. Centers for Disease Control and Prevention at www.cdc.gov.